The Balwadi school is for preschoolers. The primary school comprises Standard 1 to 8 and follows the curriculum designed by the Gujarat State Education Board (GSEB). 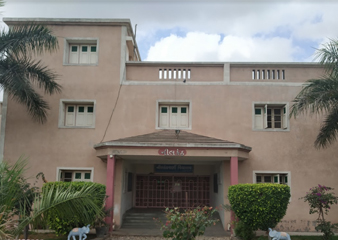 When an earthquake of 7.7 magnitude hit Shinay on January 26, 2001, it left thousands of families without a home. Anoopam Mission was one of the first relief teams to take action by providing food, shelter, water, clothing, and medicines to the 201,250 people affected. Seva began with an initial goal to provide primary help towards earthquake relief; thus, Dharma Bhakti Niketan, a temporary rehabilitation center, was built to house affected families. Anoopam Mission’s heart especially went out to those children who had been orphaned by the earthquake. Echoing the sentiments of Swaminarayan Bhagwan, who left his parents’ home at a young age with only a few possessions, this home was renamed Neelkanth in 2005 and served as a hostel for orphaned children.

Twelve years after building this shelter home, Anoopam Mission continued its seva efforts by developing the infrastructure of Shinay. Grounded in the belief that displacement should not deprive anyone of their rights to education, Sant Bhagwant Sahebji envisioned a bridge to opportunity. To strengthen the village and its surrounding communities, Anoopam Mission converted this shelter home into a primary school in 2012 and rewrote its name to Neelkanth Varni Vidyalaya. Thus, by providing support for Shinay to build resilience, Anoopam Mission strives to continuously improve the lives in this community.

Note: Online fee payment facility is not available at present.